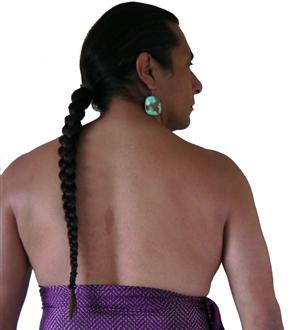 "I am deeply immersed in and around a culture that expresses both internally and
externally the strength of imagery. As I have grown as an artist, I began to look closely at American Indian clothing – at the beauty and strength of it’s imagery, it’s meaning, it’s purpose and began a journey of discovering contemporary culture expressions of fashion today as individuals influenced by traditional culture. My starting place, is to wonder... if Indigenous People in the Americas were to express themselves artistically in a more modern world… what would that look like?"